Australian Shepherds, affectionately known as Aussies, are medium-sized breeds. They are described as intelligent, active, and easily trained. Aussies are known for herding livestock, working on farms or ranches, and performing in rodeos. They are the first choice of herding dogs for American cowboys. In addition to their herding talents, the Aussie's eager-to-please nature and their ability to be easily trained make them appropriate for other professions, including use as search-and-rescue, narcotic detection, and guide dogs.

The Australian Shepherd's coat varies in color and pattern. Coloring of the coats includes black, blue merle, red, and red merle with or without white markings and with or without tan points. Merle is a genetic, mottled pattern on the coat, with contrasting blue or red appearing as speckled patches of color. Aussies with red merle coats have shades of red (liver) as colored patches with a white or tan base. The patches darken with age. Solid red and red merle Aussies usually have red lips, noses, and eye rims. Aussies with blue merle coats have black spots with a gray base, darkening with age. Black and blue merle pups generally have black noses, lips, and eye rims.

Approximately 20% of Australian Shepherds are born with bobbed tails. However, most Aussies found with bobbed tails had their tails docked by their owners while they were puppies. It was thought that the bobbed tail would assist in preventing injuries while the dogs worked on ranches and in the fields. However, this was not found to be the case, so the American Veterinary Medical Association no longer recommends tail docking as it can actually be harmful to the dog.

Eye color can be blue, brown, amber, hazel, or green. Black and red Aussies usually have brown, amber, or blue eyes, while the merle-colored dogs can have brown, blue, and blue marbled with brown colored eyes. Heterochromia occurs in Australian Shepherds, which means they can have different colors or patterns in each eye.

The Aussie is a descendant of the finest herding breeds from Europe. The breed originated in the Pyrenees Mountains between Spain and France. While the Basque shepherds were in Australia in the 1800s, they bred the Pyrenean Shepherd dogs with the British Collies and Border Collies. When the breed developed in the United States, it became known as the Australian Shepherd we know today. The breed was specifically developed in the United States to herd sheep and other livestock on the American Frontier. While the breed originated on California ranches, its popularity quickly spread throughout the Western United States because of its herding and working abilities. Since their introduction to the United States in the 1800s, they have become one of its most popular breeds. In the 1950s, Australian Shepherds became popular with the American Cowboy, who included the breed in rodeos and horse shows. The breed became a member of the American Kennel Club (AKC) Herding Group in 1993. In 2020, the AKC was declared the 13th most popular breed in the United States of America.

Australian Shepherds are friendly, willful, outgoing, highly intelligent, and playful dogs. Their intelligent and eager-to-please nature makes them easy to train. Aussies have a strong instinct to herd and guard. This herding instinct and high energy levels make them most appropriate for work or sport. The Aussie would be most content with an owner who can provide him with a lot of activity and a sense of purpose. Even though they can be reserved around strangers, they form strong attachments to their human families, preferring to be near the family at all times, making them excellent dogs. If considering an Australian Shepherd puppy, know that you must have sufficient time to play, exercise, and train the Aussie. A well-trained and socialized Aussie is good with cats, other dogs, and children with appropriate supervision.

Because they are incredibly loyal, they can be territorial but not necessarily aggressive dogs. They are usually shy with strangers and prefer to remain by their owner's side.

Socialization in Australian Shepherd puppies is crucial because of their propensity for territorialism. They are also naturally standoffish with strangers. It's best to get them accustomed to various settings while they are puppies. Without exposure to many different people as puppies, they can be fearful of strangers. Exposing them early to new people, pets, and places will prevent territorialism from becoming problematic.

Where will the Australian Shepherd Dog to buy feel best?

Because of their high energy levels and herding instinct, Australian Shepherds require an owner capable of providing the exercise and training they need. While the breed was initially bred to work on ranches and farms, they have adapted to the modern owner's living situation. The breed does not necessarily need the land found on ranches and farms, but they need sufficient outdoor space for proper exercise.

Aussies would be happiest in a home with a fenced-in yard where they can run and play. However, they would not do well left in a backyard alone for extended periods of time. They can adapt to an apartment provided they have an owner who can meet the Aussie's activity levels with walking, hiking, playing Frisbee, or other activities for at least 40 minutes every other day.

The Australian Shepherd has a waterproof, medium-length, double-layer, thick coat which requires weekly brushing to control shedding and matting. The two-layer coat with straight or slightly wavy hair on the topcoat and an undercoat allows them to withstand heat and cold. Brushing twice a week is recommended during high shedding periods in the spring and fall.

They are average shedders, so light brushing and regular bathing are sufficient to care for their coats. Despite their high-energy levels and preferences for the outdoors, the Aussie can go weeks without a full bath. Shaving an Aussie is not recommended because their coat may not grow back the same, interfering with their ability to regulate body temperature.

Fortunately, they are not known as heavy droolers. Since they are highly active dogs, their ears should be checked regularly for foreign matter and wax buildup. Their teeth should also periodically be brushed and nails regularly trimmed.

The Aussie requires daily vigorous and extended exercise for half an hour to an hour daily. Their love for the outdoors and activity level make them most appropriate for active owners, especially in sports and the outdoors. The Aussie would love nothing more than to remain by his owner's side on a long hike. They do great in competitive dog sports, excelling in obedience, agility, flyball, and herding tests. Other activities they enjoy include running, fetch, and agility course training. These activities provide the exercise and mental stimulation the Aussie requires. As mentioned, without sufficient activity and mental stimulation, they can become destructive and bark for long periods, getting them into trouble.

Australian Shepherd puppies do not need as much strenuous exercise as adult Aussies. Puppies should not run on hard surfaces, such as concrete, or jump too much until they are a year old to avoid stressing their developing skeletal system, which can cause joint problems in the future. Once they leave puppyhood, the Aussie can be a great running partner when their skeletal systems are fully formed.

Nutrition for an Australian Shepherd Dog to Purchase

In addition to exercise for this active and athletic breed, Australian Shepherds require a nutritious and well-balanced diet. High-quality commercially manufactured or home-prepared meals will provide the Aussie puppies and adult dogs with the necessary nutrients. If feeding them dry food, a cup and a half to two and a half cups of high-quality dry food divided into two meals for adult Aussies is recommended. The Aussie should receive food appropriate to their life stage (puppy, adult, or senior) at all times to assure good health. Always check what is best with your veterinarian.

The breed responds well to training with the positive reinforcement of treats, but treats should be given in moderation to avoid excessive weight gain. They should have access to clean, fresh water at all times. 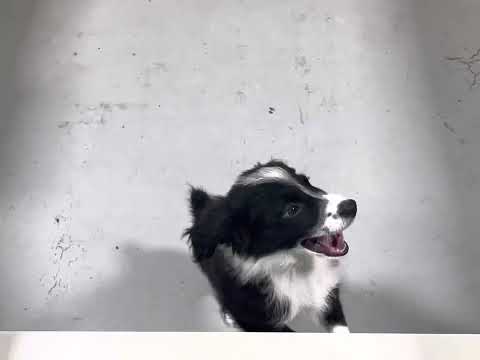